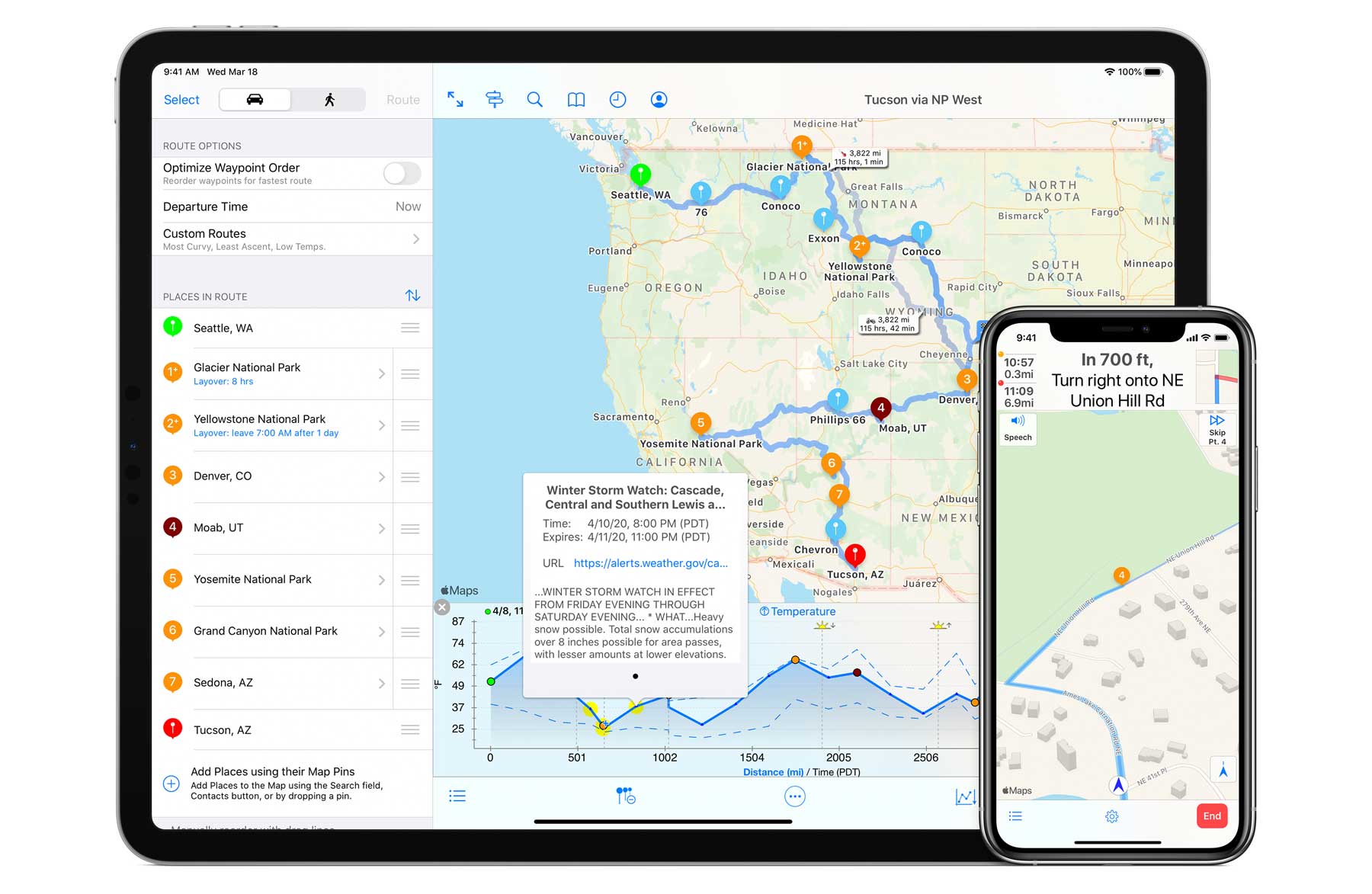 inRoute 7.2 has been released, with several improvements to help plan and navigate your routes:

By default, navigation now uses a 3D perspective for a better view of the upcoming road. There are also new voices available during navigation, and a chime automatically replaces the voice during phone calls.

Satellite maps are higher resolution, and like the Standard maps can be shown in 3D, where available (configure under the map’s Info icon). The Standard map type can now be used in Dark Mode as well.

On iPads (and larger iPhones in landscape), you can keep lists onscreen while using the map, for example the turn-by-turn list or search results.

We love to hear from you! Send your feedback to inroute@carobapps.com.